Did you know that MA, has no minimum age for marriage? Minors can marry at any age with a parent’s permission and the majority of these marriages involved a child bride marrying an older man.  A bill has been filed to make it illegal for a child to be married under the age of 18 (jump to information about the law.)

The age of consent (to have sex) in MA is 16, meaning anyone who has sex with a person age 15 or under can be convicted of statutory rape.  Furthermore, consider that a young women is not allowed to have an abortion if she is under 18 without parental or judicial permission, the legal implication being she is too immature to make this decision herself.

Yet with parental or judicial permission, a child under the age of consent, or considered too immature to make decisions about her own reproductive health, can be married to a spouse of any age.

Between 2010 and 2014, almost 200 children were married in Massachusetts,
according to the latest available records from the state’s Department of Public
Health. Judges approved 92 percent of marriage petitions from minors over that
span, probate court records show.

And, from the Massachusetts Law Library’s description of what the law in MA is now:

In Massachusetts, under MGL c.207, s. 25, a person under eighteen cannot marry without parental consent . Massachusetts does not have a law specifying the minimum age at which a person can marry with a parent’s consent. The process requires court approval, so whether or not to authorize the marriage of a particular minor is within a judge’s discretion.

….The truth is both simpler and more murky. In Massachusetts, if a parent consents to a minor child’s marriage, authorization must still be obtained from the Probate or District Court. The judge will use his or her discretion to determine if the marriage is in the child’s best interest. As far as we can determine, there is no minimum age; there also is no requirement that the judge approve any request. Each case is simply decided on its own merits.

What is being done about this?

An organization, Unchained at Last, is dedicated to changing laws from state to state, not just establishing a minimum age, but also making coerced or forced marriages illegal. See their event, “Chain-in” in Boston, May 11.  They have worked with MA legislators to have a law drawn up that would make marriage illegal before the age of 18.  According to their research:

Child marriage, or marriage before 18, is legal in every US state. And child marriage is happening in the US at an alarming rate: Unchained’s groundbreaking research revealed that nearly a quarter-million children as young as 12 were married in the US between 2000 and 2010 – mostly girls wed to adult men.

MA Legislators have filed bills in house and senate.

In the Senate: Bill S.785 An Act to end child marriage in Massachusetts filed by Ms. Khan of Newton is a petition (accompanied by bill, House, No. 2310) for legislation to prohibit marriage of minors. In the House, H.2310.

No Cape Reps have signed on.

The bill was referred to the Joint Committee on the Judiciary.

We must encourage the public to send letters and make calls to the Judicial Committee members and Speaker of the House Robert DeLeo and the Senate President Stan Rosenberg insisting this bill be moved from the committee to the floor for a vote.
Suggested script:  “I am contacting you to encourage you to do whatever is possible to move this bill from Joint Judicial Committee to the floor for a vote in the house and senate. Women in this state are now aware that there is no law to protect young teenage women from being forced to marry before they are legally considered adults.”

We need to ask each of our legislators to support this bill. Find your legislator here.
Suggested script:  “I am contacting you because you represent me. I am asking you to support legislation to end child marriages in MA.  In the majority of these marriage the child is a girl marrying an adult man. Please encourage the Joint Judiciary to move S.785 and H. 2310 to the floor for a vote, and please vote to make this bill law.”

Who opposes this bill?

A perfect example of the opposition comes from New Hampshire. In that state a law was filed in January 2017 and failed in March. According to the Concord Monitor NH’s GOP controlled legislature killed the bill, despite expectations it would pass easily:

Though the bill had unanimous backing from the House child law committee, it was toppled after a last-minute push from a handful of Republican representatives.

They argued the age increase would block young soldiers from getting married and providing military benefits to their partners or children. Others said the change could lead to more single-parent households.

“If we pass this, we will ensure forever that every child born to a minor will be born out of wedlock,” said Republican Rep. David Bates, of Windham.

The House voted 179-168 to indefinitely postpone the bill, meaning it effectively can’t come up for the next two years.

Let’s hope our Democratically controlled legislature recognizes the continued danger to girls in MA and sets a better example.

JOIN US TO LEARN MORE ABOUT BECOMING INVOLVED AND ORGANIZING FOR CHANGE:

Interested in running for political office? Interested in playing a role in your town’s government? Interested in getting more involved with issues that matter to you?
Cape Cod Women for Change is hosting a workshop presented by *Emerge  to help women who are interested in becoming leaders and organizers in their community! 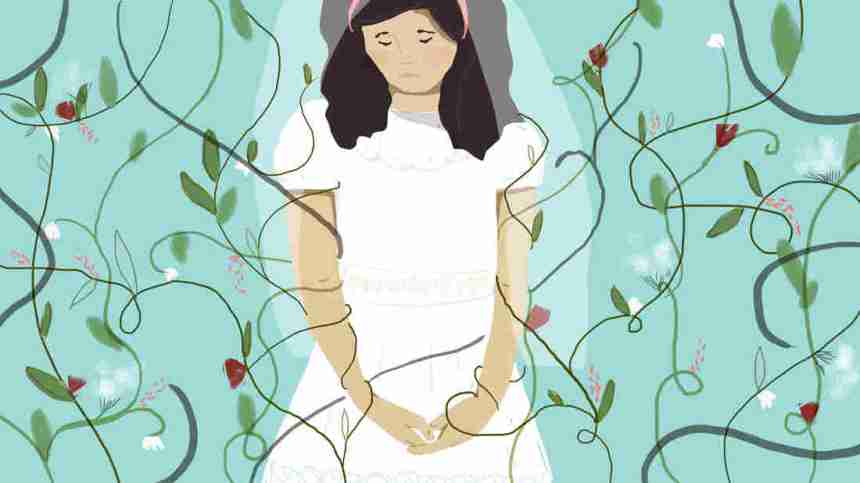