The NRA filed a lawsuit against Maura Healey and the MA assault weapon ban; the judge found in favor of US

This is the third in series of articles about our assault weapons ban here in MA, challenges by the NRA and support for those challenges by legislators, several representing Cape Cod.  More pieces coming over the next couple of weeks, including legislation supported by NRA lobbying.

In July, 2016, Attorney General Maura Healey issued a directive to gun-dealers and manufacturers that closed the loopholes they created to sell assault rifles, banned in MA. The details and purpose of her directive are in our previous post. In response, fifty-eight legislators wrote an open letter to Healey that declared their opposition to her actions to close these loopholes, details about that letter and who signed it are another previous post.

After the letter was signed and released to the press, the NRA and Gun Owners Action League (GOAL) filed a lawsuit against Healey, attempting to stop this action by seeking to have the entire ban on assault weapons in MA overturned.

The Massachusetts affiliate of the National Rifle Association on Monday sued Governor Charlie Baker and Attorney General Maura Healey, contending the state’s ban on assault weapons is unlawful and should be declared ‘void and unenforceable.’

In a 33-page civil complaint filed in federal court in Boston, the Gun Owners’ Action League, along with several other plaintiffs, asserts the state’s definition of assault weapons is a ‘non-technical, entirely fabricated, and political term of uncertain definition and scope.’

The complaint, which also names the state’s public safety secretary and the State Police as defendants, maintains that the state’s ban illegally extends to the sale or possession of certain rifles, such as AR-15 and AK-47 models, that rank among the most popular in the country.

Since the lawsuit was filed, Charlie Baker’s name was removed as a defendant. Interesting.

The suit also includes licensed gun dealers and owners in MA as plaintiffs. The lawyer for the plaintiffs, Jay Porter, claimed the suit “was filed in response to what he described as heightened animus toward legal gun ownership in the Bay State.”

The level of hostility to the gun-owning public in the state of Massachusetts has grown to be intolerable. At this point, it had grown to the level where litigation had become necessary. At some point, if you have a fundamental right, you have to protect it.

But what about the rest of us?

Healey’s directive enforces the law on the books in MA since 1998. Gun dealers and manufacturers had been altering guns, for example removing flash suppressors or telescoping stock (details in our previous post) and declaring them legal, even though the weapons remain fully capable of the kind of mass killings that have made headlines. These are weapons of war, designed to kill many, fast.

In response to the lawsuit Healey’s spokeswoman told the Globe:

Since our office issued the enforcement guidance last July, sales of illegal assault weapons have ended in Massachusetts. This new lawsuit … seeks to overturn this 20-year-old law. We will vigorously defend the law.

According to Porter, the NRA’s goal to remove the ban on assault weapons in MA would “restore the Second Amendment rights of the citizens of Massachusetts to those enjoyed by the vast majority of other American citizens.”

Healy filed a motion to have the lawsuit thrown out of court, and on March 15, of this year,  that motion was denied.

We must show our support for our Commonwealth’s assault weapon ban regardless of where this suit goes, the NRA will continue to fight it. Meanwhile, in just the one year before Healey’s enforcement directive, 10,000 guns were sold here in MA. That is a frightening number.

In a Boston Globe column published the day after the mass shooting in Las Vegas, Joan Vennochi writes “even in deep blue Massachusetts, the gun lobby is hard at work pushing its agenda.”

She notes that Healey is trolled by the pro-gun activists who show up at her town hall meetings holding signs that say “Healey Hurts Families” to protest her enforcement of state gun laws. She adds:

Crazy. The state’s chief law enforcement officer is called out for causing pain to families, supposedly by denying them access to assault weapons that are illegal under state law — while unchecked access to automatic weapons tears apart untold numbers of families, as it did last Sunday night in Las Vegas.

As this post was about to published, word came that today a federal court found in favor of Healey’s latest request to dismiss the lawsuit. According to an article in the Boston Globe:

In his ruling, US District Judge William Young wrote the state’s two-decade-old ban on assault weapons and large-capacity magazines do not violate the right to bear arms under the Second Amendment.

‘The AR-15 and its analogs, along with large capacity magazines, are simply not weapons within the original meaning of the individual constitutional right to ‘bear Arms,’ ’ Young wrote in a 47-page ruling. ‘In the absence of federal legislation, Massachusetts is free to ban these weapons and large-capacity magazines. Other states are equally free to leave them unregulated and available to their law-abiding citizens. These policy matters are simply not of constitutional moment.’

As for GOAL and NRA’s charge that Healey’s enforcement of the ban was illegal, the sentiment described in the letter signed by fifty-eight legislators including several Cape Cod and Plymouth legislators:

Young also upheld Healey’s decision in 2016 to notify gun sellers and manufacturers that the state would be “cracking down” on the illegal sale of assault weapons, including those firearms that had been altered slightly to sidestep the ban.

In a post on their blog, GOAL’ executive director stated his disappointment and warned its members their rights have been infringed:

The order, which found in favor of Healey’s motion to dismiss the case, sets a dangerous precedent for our democratic system of government. “We have two main concerns here” said GOAL Executive Director Jim Wallace, “first, it’s not just the gun issue, but more of a big picture issue. We hope that everyone is concerned by this judge blatantly giving an Attorney General unbridled authority to interpret any law, in any way they want.”

GOAL is not giving up, “[a]t this time GOAL is consulting with their legal team and will plan to announce plans moving forward soon.”

We must ask our legislators what their position is on this lawsuit. Do they support the NRA/GOAL’s intention to continue to fight the MA assault weapons ban?

In the meantime, once again, we thank AG Maura Healey for working to protect us all.

It helps to know what grades our legislators are given by these groups. Check your  Cape and Islands legislator’s NRA and GOAL grades on our newly added webpage page.

If this matters to you, talk to your legislator. If you aren’t happy with their response, (or lack of response as several of our local legislators are known not to respond to these questions,) or talk to the people who seek to challenge them. What position do they take on sensible gun laws? Will they seek support from either of these groups?

As for Maura Healey, she will be hit hard by gun-owners, sellers, GOAL and the NRA during this election. Let’s be sure we have her back. These guns don’t belong in our communities. 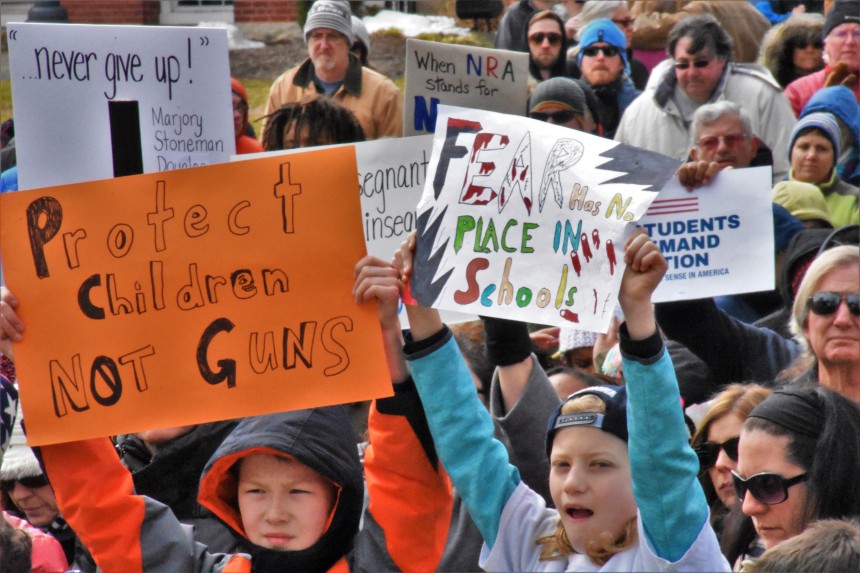