Advocacy works. Pat yourselves on the back, read awesome feedback from legislators and organizations, and get ready for whatever comes next

To all of you who made calls, clicked through and read our posts, read other groups calls to action, made calls, shared with friends, and remained persistent, it worked. Advocacy, speaking out, speaking up, communicating with legislators, works. And, if you have yet to make a call, you can see now that it makes a difference. There is more to do, but for now, pat yourselves on the back.

This is a collection of tweets, statements and memes to illustrate that adding your voice to advocate means something.  ENJOY!

GOP Rep. Mo Brooks says town hall protests may prevent Obamacare repeal:
…I don’t know if we’re going to be able to repeal Obamacare now because these folks who support Obamacare are very active, they’re putting pressure on congressman and there’s not a counter-effort to steel the spine of some of these congressmen in tossup districts around the country.

NARAL Statement on Collapse of House GOP Plan to Take Away Our Healthcare:
“Today proves that resistance works. When Americans speak up, we force our leaders to listen. This is not the end of our struggle—it is a road map for the fights ahead.” 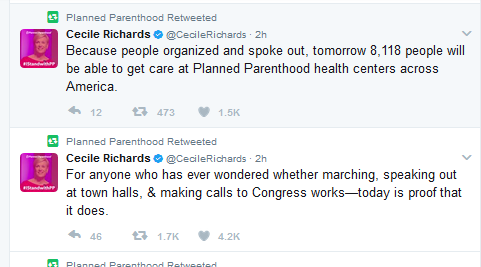 ACLU Statement on Failure to Pass AHCA
“Democracy triumphed today. President Trump made the best move of his presidency so far by telling Speaker Ryan not to hold a vote on a terrible and unpopular health care repeal bill. Americans made their voices heard loud and clear, and politicians are listening.
The people have spoken and they said ‘no’ to this dangerous agenda. They said ‘no’ to blocking access to Planned Parenthood, ‘no’ to more restrictions on abortion coverage, ‘no’ to slashing Medicaid and forcing people with disabilities into institutions, and ‘no’ to gutting essential health benefits like maternity and mental health care.” 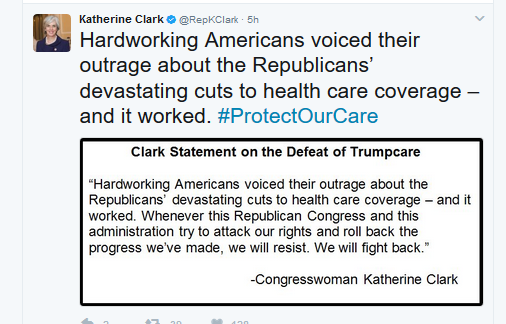 This was posted today by the former White House Photographer: 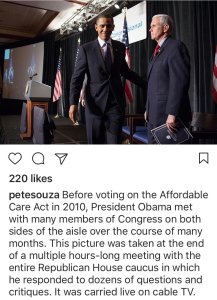 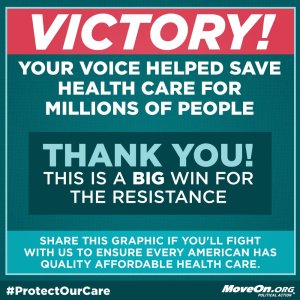 Head of largest federal employee union, American Federation of Government Employees, applauds the defeat of the American Health Care Act:
“Today is a win for working families in this country. The American Health Care Act was on the verge of being jammed through Congress, despite the obvious burden it would place on millions of Americans. Thanks to phone calls, letters, meetings, and protests, the American public let our elected officials know that passage of the AHCA was unacceptable. 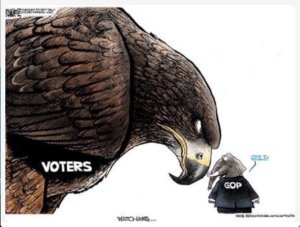 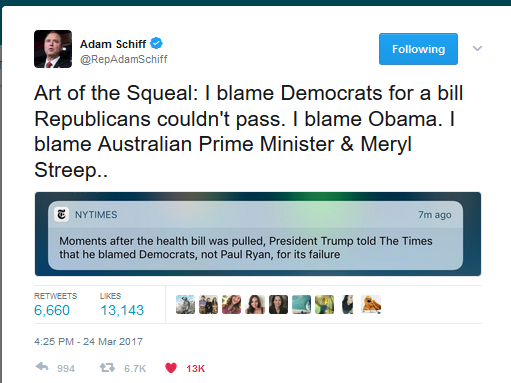 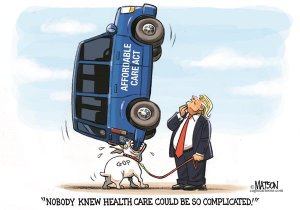 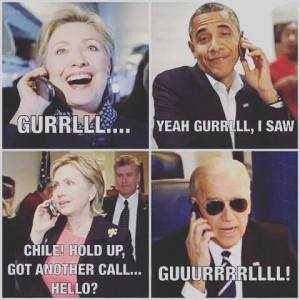 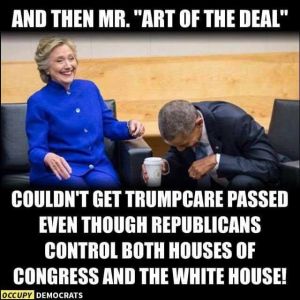 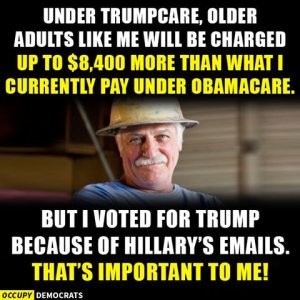