Federal Judge decision upholding MA assault weapon ban confirms that assault weapons, in all states, are NOT protected under the 2nd Amendment.

Posted on April 7, 2018 by Cape Cod Women for Change One comment

We’ve been posting a series on the effort Maura Healey has made on our behalf to enforce the assault weapons ban by banning copycat weapons that had been slightly altered and sold as “compliant,” and the gun lobby’s effort to fight back.  Fifty-eight state legislators signed a letter telling Healey her enforcement was unfair, GOAL, the state’s NRA affiliate, filed a law suit against her actions and the assault weapon ban overall, seeking to overturn the ban.

Friday, April 6,  the state’s Federal Court ruled that Massachusetts’s assault weapon ban is not a violation of the second amendment. This is a major victory for Healey and for all of us.

This also calls further into question, the letter objecting to her enforcement, signed by all forty republicans in the state legislator and eighteen democrats. Who do they work for, their constituents or the gun-lobby and their minority of loud and angry gun-rights advocates who troll social media and use vitriol in comments on every news story?

The full Federal Court decision can be found here.

A Newsweek article by Ryan Sit laid it all out for us:

A federal court ruled on Friday that AR-15 rifles, the high-powered rifle used in the Parkland mass shooting, as well as similar military-style rifles and high-capacity magazines are not protected under the Second Amendment.

“AR-15s and [large capacity magazines] are most useful in military service, they are beyond the scope of the Second Amendment […] and may be banned,” wrote Massachusetts District Court Judge William Young.

Healey issued a statement in response, as Sit wrote, “Healey, who was named as a defendant in the case, lauded Young’s decision in a statement on Friday, vowing that her office ‘will not be intimidated by the gun lobby.’ ”

‘Today’s decision upholding the Assault Weapons Ban vindicates the right of the people of Massachusetts to protect themselves from these weapons of war and my office’s efforts to enforce the law. …. Strong gun laws save lives, and we will not be intimidated by the gun lobby in our efforts to end the sale of assault weapons and protect our communities and schools. Families across the country should take heart in this victory.’

The judge several prominent cases as precedent, as Sit wrote,

Most notably the landmark 2008 Supreme Court case District of Columbia v. Heller. The case upheld that individuals could own firearms, but noted several limitations to the Second Amendment.

Writing for the majority in the Heller decision, the late Justice Antonin Scalia clarified: ‘Like most rights, the Second Amendment right is not unlimited. It is not a right to keep and carry any weapon whatsoever in any manner whatsoever and for whatever purpose.’

The AR-15 and the M16 were designed and manufactured simultaneously for the military and share very similar features and functions. Therefore, because the undisputed facts convincingly demonstrate that AR-15s and [large capacity magazines] are most useful in military service, they are beyond the scope of the Second Amendment.

The plaintiff’s had used the Heller case as argument against banning assault weapons saying that arms (all guns)  “in common use […] for lawful purposes like self-defense” are protected under the Second Amendment. They argued the popularity of the AR-15, and similar weapons  “are among the most popular rifles in the country today.”

The Judge responded, “the AR-15’s present day popularity is not constitutionally material, but the fact that these weapons are “most useful in military service” is.

The AR-15 and its analogs, along with large capacity magazines, are simply not weapons within the original meaning of the individual constitutional right to ‘bear Arms.’

Massachusetts is free to ban these weapons and large capacity magazines. Other states are equally free to leave them unregulated and available to their law-abiding citizens. Americans are not afraid of bumptious, raucous, and robust debate about these matters. We call it democracy.

Do you know what grades your Cape Cod Legislators get from the NRA et. al.? Find out here: Cape Cod’s State Senator and State Rep’s NRA and gun groups’ grades and endorsements 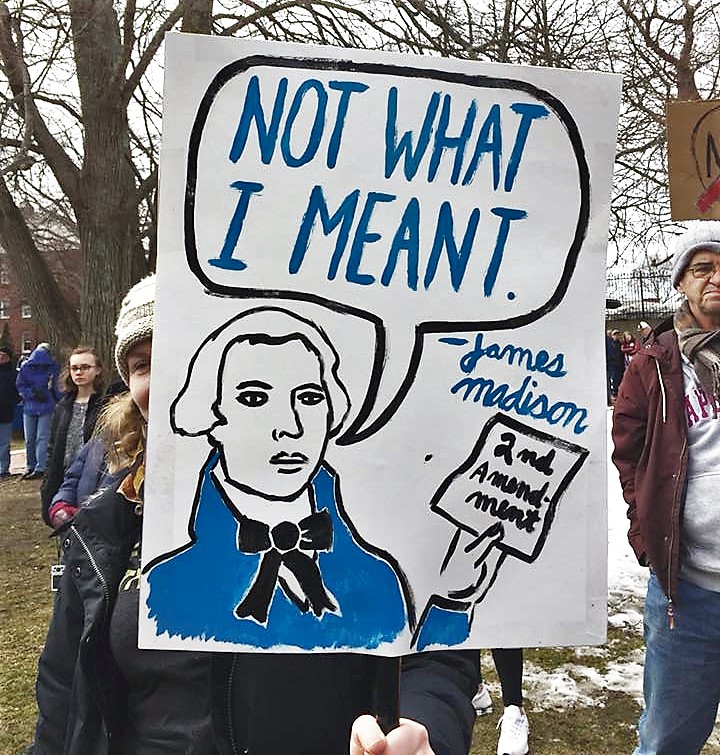