In recognition of V-Day20 – End Violence Against Women and Girls, a performance of The Vagina Monologues at the Tilden Arts Center

Posted on February 16, 2018 by Cape Cod Women for Change One comment 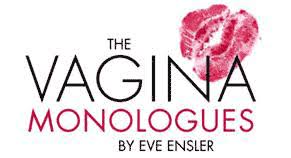 This February, the Cape Cod Community College Janus Players drama club are recognizing the 20th anniversary of V-Day: A Global Movement to End Violence Against Women and Girls, ( *more on this below below) as well as those who identify as female, with three special performances of Eve Ensler’s award winning play, “The Vagina Monologues” on February 21st at 2 and 7 pm and February 22nd at 7 pm in the Studio Theatre of the Tilden Arts Center.  The talented cast includes current and former students, faculty, staff and members of the community:

As part of our V-Day recognition and leading up to our performances of the Vagina Monologues, there is a donation box set up in the lobby of the studio theater to collect specific items for Independence House, one of the beneficiaries of the funds raised from the performances.

Please help spread the word, as every little bit helps. And please join the Janus Players for one of three special performances, listed on our Eventbrite page www.TildenArtsCenter.Eventbrite.com.

*About V-Day and V20:
Twenty years ago, Eve Ensler’s play The Vagina Monologues gave birth to V-Day, a global activist movement to end violence against all women and girls (cisgender, transgender, and gender non-conforming).

Since 1998, The Vagina Monologues and other works have been performed across the world by local V-Day activists, raising over $100 million dollars for grassroots anti-violence groups, rape crisis centers, domestic violence shelters, and safe houses in places like Kenya and Afghanistan. V-Day supports and launched the City of Joy, a revolutionary center for women survivors of gender violence in the Democratic Republic of Congo, which has graduated over 1000 women leaders.

Activists look at the intersection of class, race, gender, environmental destruction, imperialism, militarism, patriarchy, poverty, and war, as women face abuse and exploitation across layers of systematic and societal oppression, with the most marginalized and excluded often facing increased levels of violence. 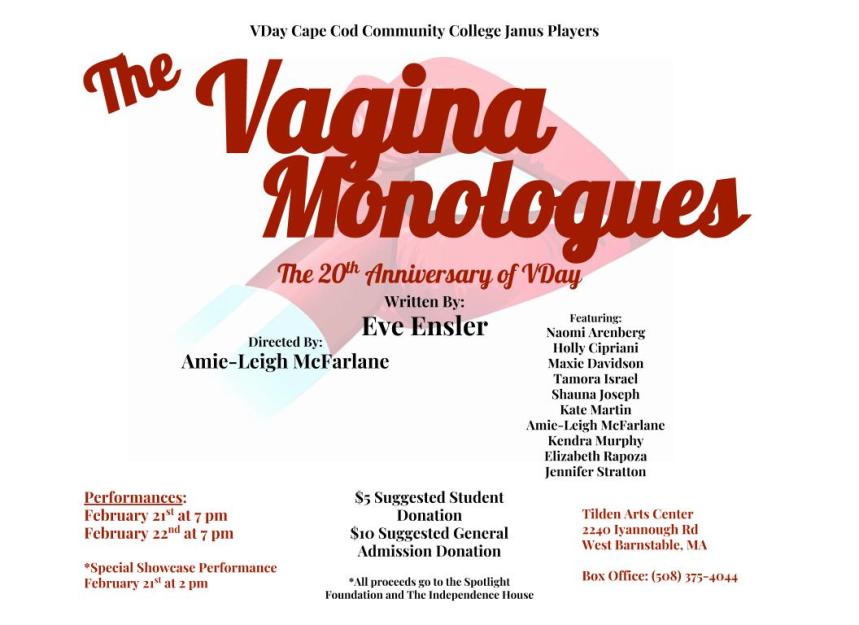