Posted on December 1, 2016 by Cape Cod Women for Change 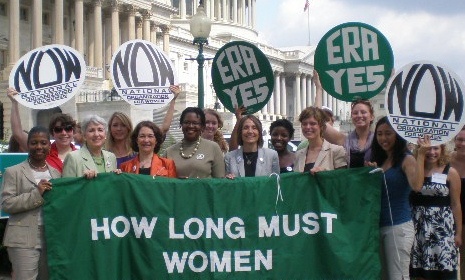 It is a self-absorbed lament, but the feelings are real and I believe there are many women feeling the same way, especially women of a certain age.

I said it out loud, finally.

Since the election, I have shared anguish with friends and strangers about the future. We fear this new government will abandon our country’s cultural diversity envied throughout the world; that racism, nationalism, bigotry, misogyny and xenophobia will be the forces that control policy and become our foundation. We worry that our poor, elderly and disabled will be robbed of the support they need from government; that protection from banks and financial institutions that prey on the poor and middle class will be abolished and we will again be vulnerable to those who are holding the vast wealth and will benefit from our losses. We share a collective nightmare that we will abandon measures taken to protect our planet, and extreme weather and rising seas will become unstoppable.

I’ve shared anxieties about how this election will impact my two grown daughters, who will now face both historic and brand new roadblocks as they find their places and do their part in the world.

My passion has always been primarily focused on women’s rights. Women will now have to renew the fight to be equal, to be valued the same as their male counterparts and to be respected by lawmakers to not have their decisions about health and family dictated by legislation.

I know my daughters and I should consider ourselves lucky in some ways. Despite some difficulties with income and employment (my daughters both have college degrees and then some, but their lives are now controlled by school loan debt) we are white women; we don’t share the fears and burdens as women of color, women who are immigrants, women for whom English is a second language, or whose culture identifies them as one of Steve Bannon’s categories of “other.”

Regardless, I have still indulged in a sort of private self-pity.

Until I said it out loud.

The other day I spoke to my family about fatigue, about the effort to find the strength and the desire to keep fighting.

I confided that I am devastated because a few weeks ago I was basking in the potential that the future was a world of hope, where I might find new focus in a movement to facilitate the changes women have been fighting for, for generations.

But now I realize rather than facilitate change, I must join others and continue to fight. I admit my selfishness as I lament the all-about-me impact of this election.

The abhorrent staffing of our new president’s cabinet – choices that reflect a frightening and blatant intolerance, giving more power to the powerful and more billions to the billionaires, and a genuine threat to women’s rights at all levels – all make it clear that vigilance is necessary to protect the gains we’ve made and that more intense battles are coming.

As a woman with five months until my fifty-fifth birthday, I am feeling an anguish that is hard to describe. It is a struggle against a belief that I will never see the changes I believed were possible for women; that I may find, in my lifetime, our government will remain in the hands of the wealthy old white men who believe women are “less-thans” who must be to be told what to do and how to think and don’t deserve the same rights and privileges, while they take control and operate to protect their own status. I’ve lived long enough to see women move forward, then move backwards, and until Nov 8, it seemed that finally we were picking up steam and moving forward again at an exciting pace.

Now I wonder, will the progress I believed – I expected – was coming, never be a part of my own life? It is a self-absorbed lament, but the feelings are real.

For some of us it feels selfish because others are suffering more than we are, and we recognize that because women like us care about other women who struggle. Many of us had reached a point in our lives where we declared everything we were doing was for the benefit of the upcoming generations of women. But, we need to recognize the excitement we felt, individually, as we believed we would witness change, has been replaced with a devastating personal sense of defeat.

Join me. Say it out loud. We must admit we are feeling a personal loss. And from there, we must find the strength to move from the hope of living the changes we fought for, the exciting prospect of facilitating equality, back to the reality that to accomplish our goals, we need to find the inner strength and renewed passion to keep fighting for those changes. -JJ